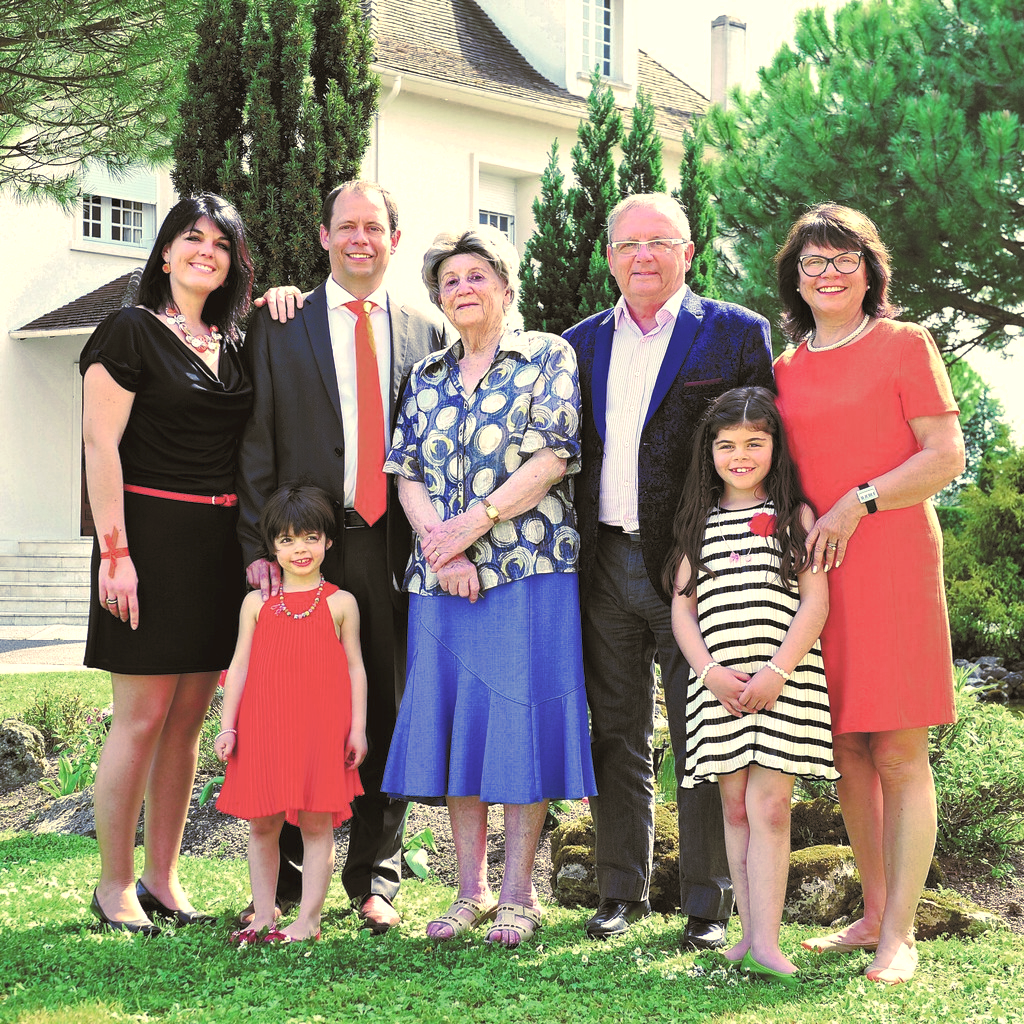 « The domain has belonged to the Vallet family for six generations now. »

The story begins around 1830 with Augustin VALLET and his vineyard of 3 ha. The property sees successive Pierre, Maurice, Louis and Michel.
It was in December 2000 that Laurent joined his father Michel and his grandfather Louis. Thus, for 6 generations, each generation has been committed to perpetuating the family tradition by remaining faithful to a common vision:

« Remain independent, and develop the excellence of our house »

Independent and owners since 1866, Laurent and Elodie Vallet represent the 6th generation and are the fervent bearers of a singular and authentic history.
They perpetuate the values and traditions inherited from the past while placing innovation at the service of quality.

When a son joins his father to work together, a part of the cognac distilled in that year is set preciously aside and will only be sold by the future generations. Thus it is that in the darkness of our « Paradise » cellar lie bottles of cognac skillfully crafted by Pierre and Maurice Vallet.
Our family cellars have also seen the ageing of cognacs that date from 1920 to the present day. A part of these vintages has been sealed by the BNIC (« Bureau National Interprofessionnel du Cognac », the National Interprofessional Authority of Cognac).

« Independent and singular, we are committed to producing haute couture and authentic cognacs. » 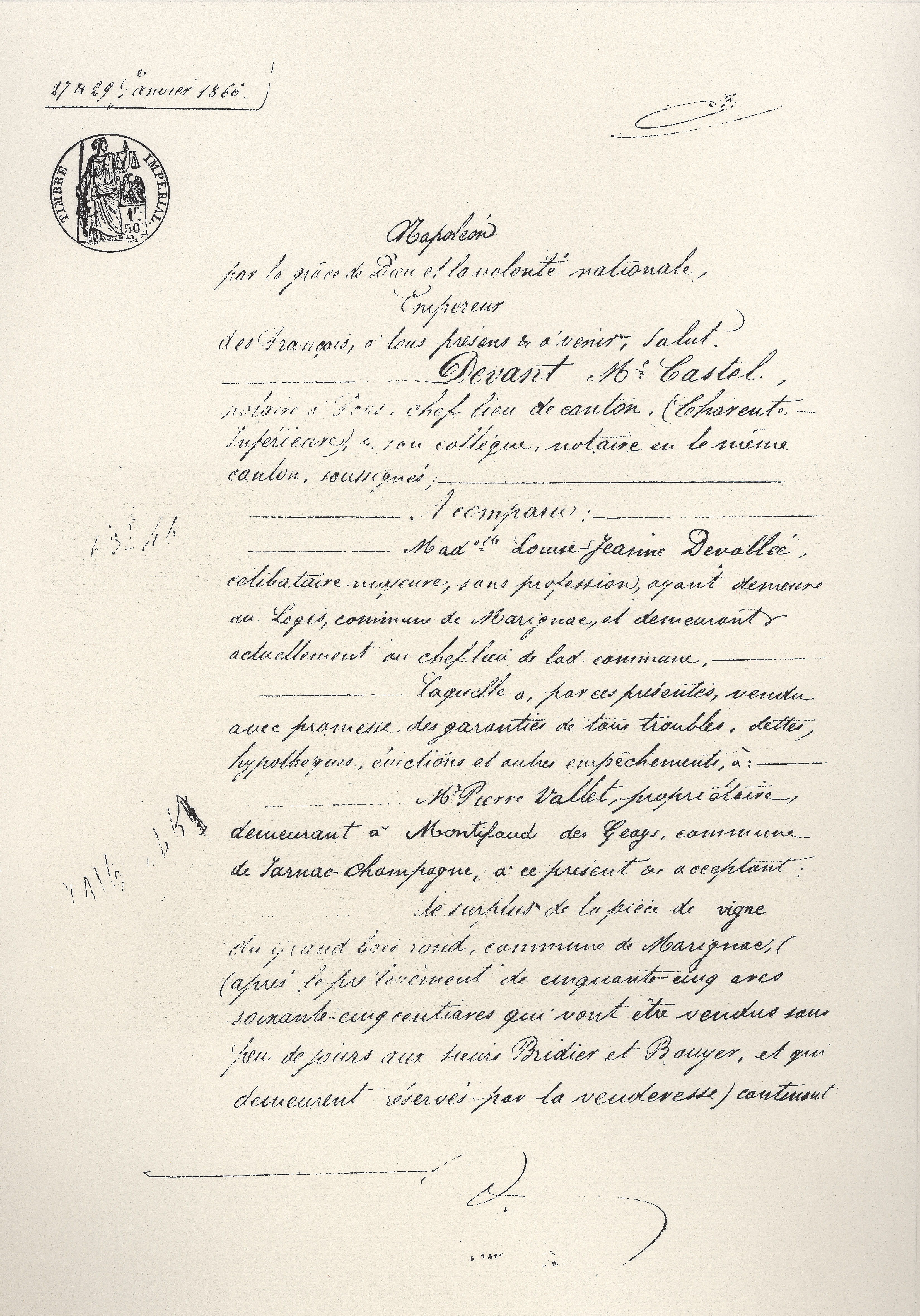 « Know-how passed on from father to son »

In 2000, Laurent joined his father and grandfather on the estate. At that time, the vineyard extend over 60 hectares in the Grande and Petite Champagne growth regions. A part of the 2000 harvest was also set aside for the generations to come. Laurent married Elodie in 2004 and they have two daughters, Loïs and Flavie. The following years have seen the vineyard grow to 90 hectares, still within the Grande and Petite Champagne. Always anxious to improve quality of their product, in 2007, Michel and Laurent have had built a new state-of-the-art blending cellar. In this same year, Elodie came to work with the family at Château Montifaud. In 2011, Laurent and Michel have renovated the 12 hectolitre pot stills, set up by their ancestor, Pierre. As demand was constantly becoming stronger and stronger, Laurent signed for the purchase of around 30 more hectares of land in 2015, bringing the vineyard to stretch over 120 hectares today. 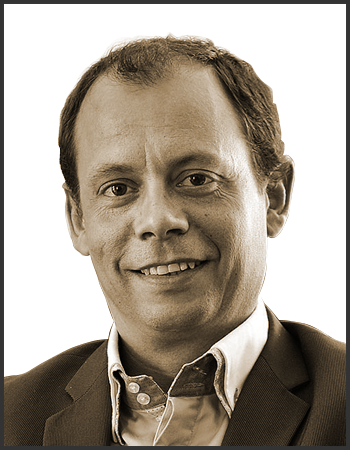 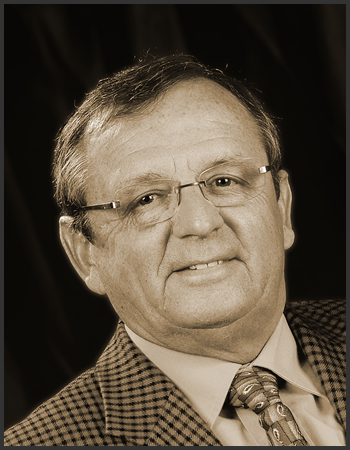 In 1972, Michel joined his father on the estate and has continued to perpetuate the familly tradition of storing a part of his first cognac produced. Then, in 1973, Louis and Michel have had a new distillery set up of two 25 hectolitre pot stills. In the following year, 1974, Michel and Catherine married and have had two children, Laurent-Louis and Nathalie. During this same time, the vineyard reached the size of 48 hectares. Michel and Catherine wanted to sell their entire production in bottles and therefore, began to prospect new foreign markets and then develop the range of Château Montifaud (products). Their new commercial partnerships have had been stretched across all of Europe, Canada, Scandinavia, South Africa, Asia, the Baltic States, Russia and the Ukraine.

In 1940, the situation darkens again with the Second World War. Maurice was still able to take care of the vineyard up to the day of 31st December 1943, when the city of Cognac and its region were heavily bombed. The village of Jarnac-Champagne was hit and 80% of the family estate was destroyed. Through great luck, the storage cellars located 1 km away were spared. Louis took over the vineyard in 1947 and distilled his first cognac. He then married Micheline and they have two children, Michel-Maurice and Nicole. Together, step by step, Louis and Micheline rebuilt and enlarged the vineyard, rebuilt the installations and increased the business to foreign markets. They have developed bottle sales in new markets such as Germany, England and the USA. 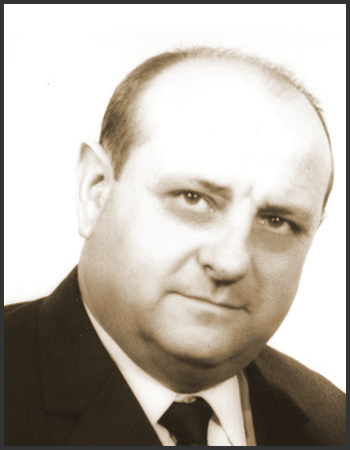 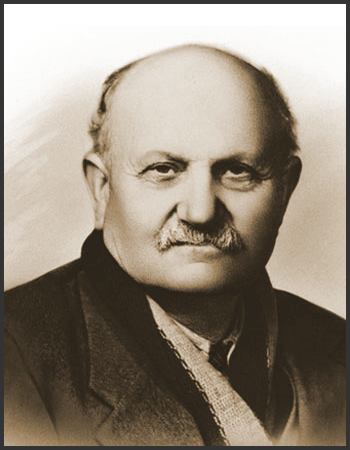 Maurice begins distilling with his father Pierre in 1904 (our prestigeous quality cognac « Heritage Maurice Vallet » comes from blends of this period). During this time, Château Montifaud was in a new growth period, thanks to the distillation that still was called « privilège ». This allowed Pierre and Maurice to set up two new pot stills of 12 hectolitres each (stills later used by Louis and Michel, and then renovated by Laurent in 2011). Following the 1914-18 war, the economic period was very difficult. Maurice and his brother Gustave had left for the war while Pierre looked after the 35 hectare vineyard. Gustave died shortly after returning. Maurice married Ernestine and they have four children, Maurice (from a previous marriage), Louis-Augustin, Simone and Marcel. While selling his cognac to wine merchants, Maurice reserved a part of his production to sales of 10 litre kegs and in bottles. Thus a new era for Château Montifaud begin. Maurice was one of the first winegrowers in the region to directly market his products. He developed his sales on the French, Belgian and Swiss markets.

In 1878, the vineyard of Château Montifaud was struck by phylloxera (a biting insect related to aphid) that mostly destroyed it. A very difficult period for the estate then followed. From 1885, it became necessary to rebuild the vineyard thanks to large stocks of cognac produced by Augustin and Pierre. Pierre married Judith and they had two sons, Gustave and Maurice. 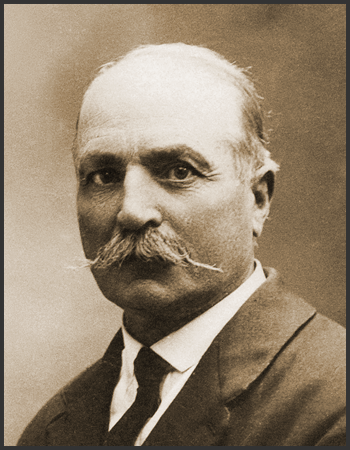 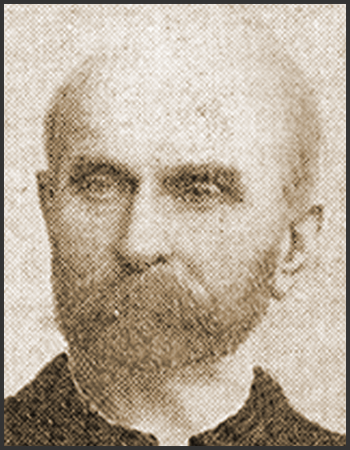 Augustin-Pierre Vallet created a vineyard of 3 hectares around 1837. Ten years later, it spread over approximately a dozen hectares and Augustin became a distiller by setting up three pot stills of 3 hectolitres each. Few landowners distilled their own wine at this time. So, he distilled for himself and his neighbours. This special right, called « privilege », enabled him to build up a fortune.